Nothing is more attractive than clever wit. Throw in some wine, and you’ve got yourself a winner. I found this in Seattle’s infamous Pike Place Market. It brought a smile on my face, brightened my day, and lightened my mood. I’m sure it does the same to you. 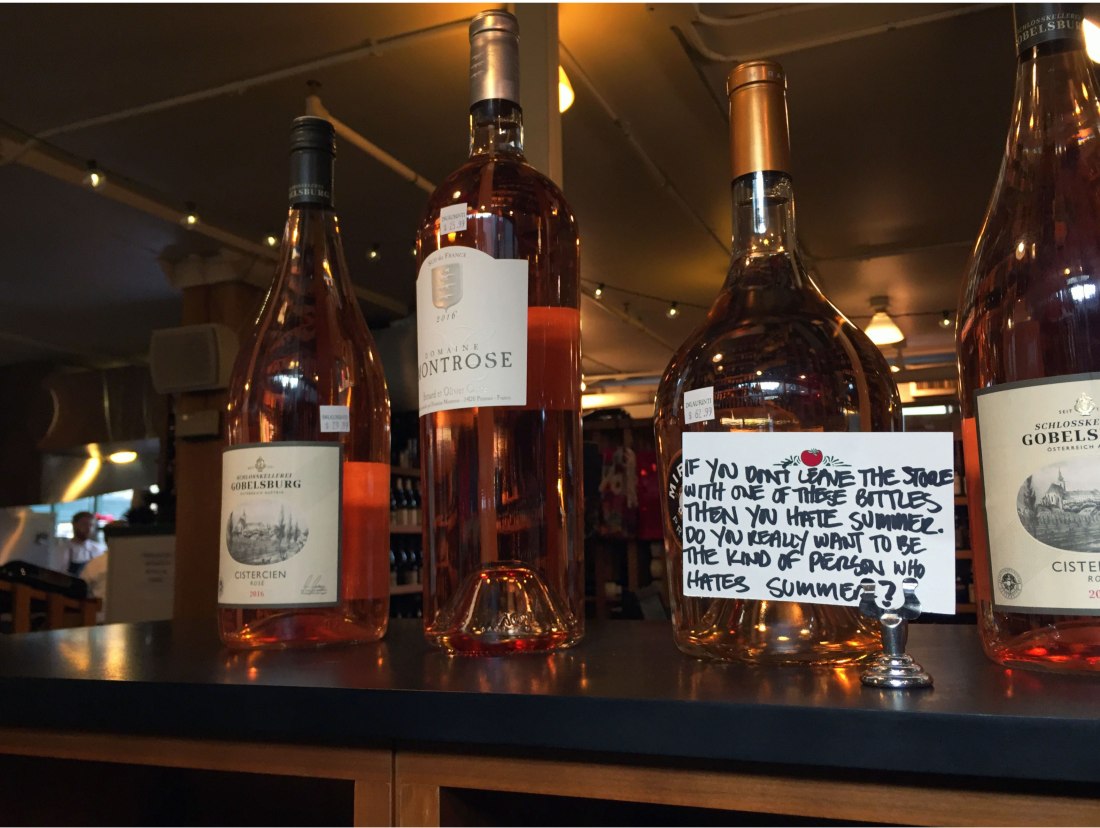 as each enchilada rolled

she in bonbons; them in her

From the raging building emerged the silhouette of a muscular man. He strutted—flames licking his shoulders—unperturbed and unharmed, while muffled screams bellowed throughout what was, only hours before, the hospital Julie interned at.

Clutching a blanket — for shock they’d said — she watched the mysterious alpha go in several times, returning each time shrouding children in his arms.

Her eyes glued to the hero, she sighed cooing to herself, “Ah, love.”

“Don’t go fangirling him, kid. He’s a firefighter, it’s his job.” The commander’s gruff voice echoed from behind. “Urg, the movies nowadays, feeding teenagers all kinds of crap.”

carved on a statue

Beyond basic blues,
A picture shaken,
Just a step away—
The awakening: