One of the most disappointing aspects of travelling for work is that despite being in a new city, a new country, you still spend the entire day inside a closed air-conditioned room. It makes no difference whatsoever whether you’re at an exotic tourist spot, your hometown, or the Big Apple.

And so it was for me at the Big Apple. I’d already strolled through the heart of the city, stopping at the Grand Central, but I still had so much more to see. And so, taking the subway after work one day, at about 6 pm, my colleague and I arrived at the industrial part of the city—Wall Street. 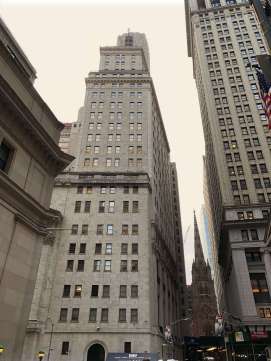 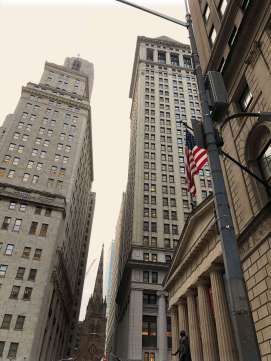 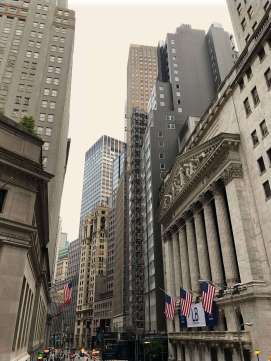 What did we expect? Fancy suit-sporters strutting about, proud of a day of good business. After all, that’s how it was in the movies. Home of the NY Stock Exchange, the Federal Hall, and The Charging Bull, Wall Street over-promised glory. And as one of my colleagues pointed out, no matter how much you hate being touristy, you can’t leave New York City without seeing those iconic sights—petty though they are.

I’m glad I heeded his advice. Even though business had died down by the time we reached Wall Street, we walked down the street, stared at the buildings, and made valiant attempts to capture them all on camera.

Thanking Daylight Savings Time for the lingering light, we approached the looming Stock Exchange building, my eyes popping at the minute architectural details. Construction was in progress all along the street as well as on one side of the building as well. Noticing a sign that directed people to the entrance further down the road, we followed the path to encounter only closed doors and shut windows. A security guard stood by behind a mahogany desk and, cautious of crossing the work-in-progress lines, I approached him.

“Are visitors allowed inside?”

“No.” A good-natured man, he shook his head smiling.

Perhaps it’s because we’re late, the voice in my head echoed.

“Are visitors ever allowed inside?”

His smile reached his eyes. “No, I’m sorry.”

Oh, well. That was new. For all the popularity of the stock exchange, commoners will never know how it looks on the inside. We’ll have to make do with all that DiCaprio showed us.

Walking further down the road, we realised we were so close to another famous spot. Not one that I was curious or interested in at all, but we were just a few steps away. Would’ve been a shame not to stop by. And so we did.

I never understood what all the hoopla was about. Sure, it’s a magnificent beast, and yes, the sculpture is beautiful. And, of course, the defiant girl has always been an inspiration, more so in recent times. But beyond that, I wasn’t sure what brought the monument such significance. I waited a while to try and capture the Bull alone, but he was busy entertaining visitors who wanted to pose with him. People queued up for a photograph and, try though I did, I couldn’t get a proper portrait of the bull.

Shrugging—it wasn’t a big deal anyway—I returned to the map. The World Trade Centre and the 9/11 memorial seemed minutes away. 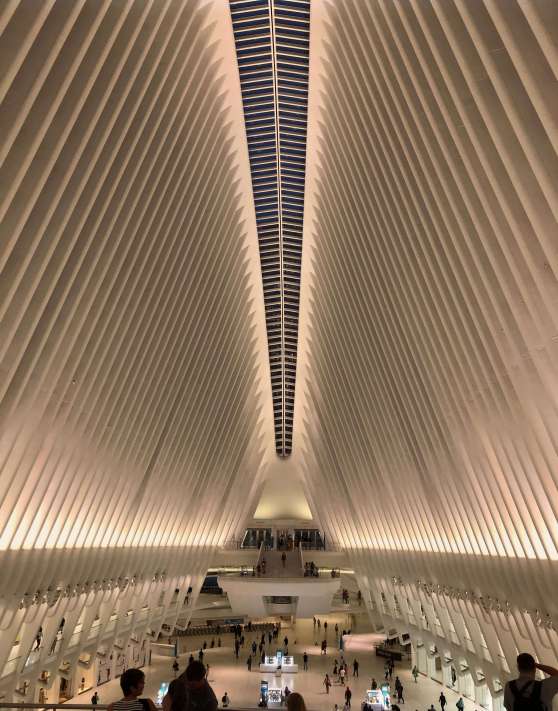 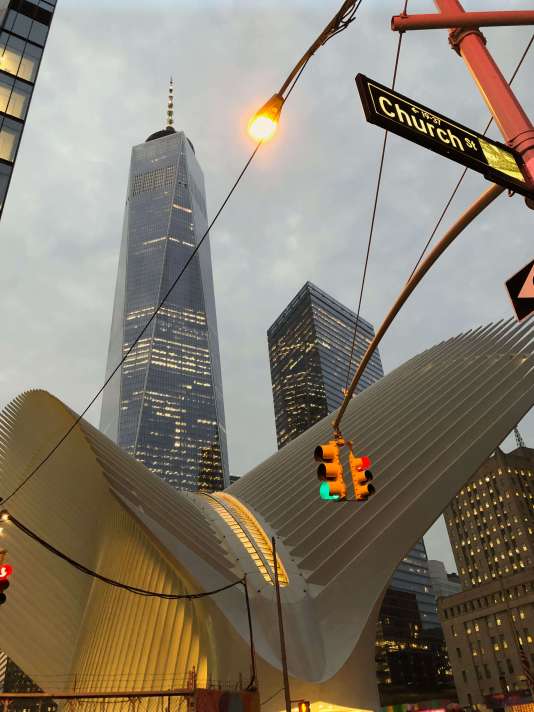 In hindsight, it seems silly to admit, but as I walked towards the World Trade Centre building, I realised I never knew what it was. All I had ever heard of it was its massive grandeur. And so when we came upon the building, I was awe-struck at how huge and welcome it was. For the second time that day, I tried, failing again to capture its entirety in one photograph. Regardless, though, relentless, I kept clicking until my colleague reminded me we should go inside. When we did, my eyes first set on the ceiling and the spine-like architecture. It’d looked like a bird’s wings from the outside, and here I stood looking at the spine that held both wings together. Calling it beautiful would be an in injustice. However, as I stood there pondering my next move, I realised I was in a shopping mall. Sure, the name is so popular that the entire world wants to be there, but when I did, although it mesmerised me, the place didn’t feel newer than the Magnificent Mile in Chicago, or Hollywood Blvd. in Los Angeles. 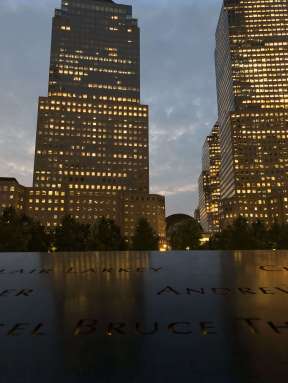 The last thing on our list of the Wall Street journal was the most important one. Walking towards the massive hollow hole in the ground where the twin towers once stood, I couldn’t help but reminisce the behemoth that terrorism has been in our lives. Of course, it’s not a sad, empty hole now—it’s instead a memorial fountain with names of all the victims carved in stone. It’s a glorious tribute to the dead, and yet a wrenching reminder of the horrors of the past.

With that moment of reflection, we turned away. It was time to go back to the hotel. It was a work trip, after all, and we had work to do.