On my last day in Portland, I’d walked around Ladd’s Addition all morning. Ready for more adventure, I prepared for another long hike—uphill this time—towards Mount Tabor.

I’d already heard a little bit about the mountain from various conversations. The day before, I’d mused about the cleanliness of the tap water to my host, and she’d nodded in pride. She told me it came from the Mt. Tabor reservoir. Huh, I’d thought without even expecting to visit it, interesting. Portland’s nature is so luscious that I couldn’t help but feel envious. As I began walking towards it, however, I realised one step at a time that Portland deserved all the love it got from nature lovers. Not only was the mountain and the surrounding park adding beauty to existing grandeur, but the path leading to the mountain was also full of feasts for the eyes.

Hawthorne Blvd. was a lengthy street with trees and quirky buildings flanking the sidewalks. For a hike lover like myself, the journey was more thrilling than exerting. I felt as if I’d walk all day without tiring or boring myself. Characteristic to Portland, I came across coloured heads and clothing rebels everywhere I turned. And catering to such a preference-diverse population are stores that made me stop and stare.

From coffee shops with a twist to clothing lines worthy of a movie star, retails in Hawthorne Blvd are nothing short of awe-inducing. Detouring multiple times, I stopped at various stores taking in the feverish atmosphere of people being unapologetic to show off their tastes. Unlike most other places I’ve been to, the people of Portland don’t care what others think of them. Everyone represented themselves as they wanted. And that gave a beautiful hue to the city. That’s what makes Portland so welcoming and cheery—no one judges another because no one is perfect. And they’re happy to flaunt their imperfect bodies and habits. As a solo traveller from a judgemental society, Portland seemed to me the epitome of freedom. 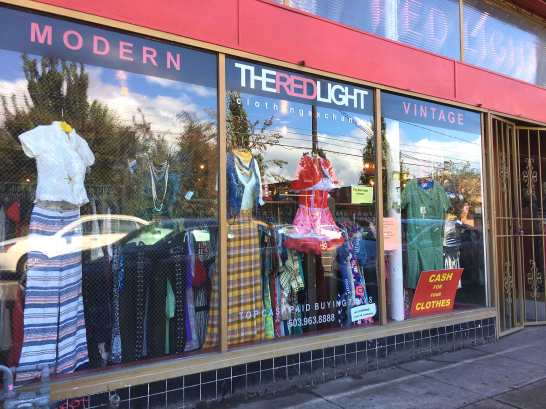 Aside from the enthusiastic folks of the city, nature itself seemed to reflect the people’s mentality. Or perhaps it’s the other way round. Portland’s nature is unparalleled in abundance, with a tendency of giving I saw in its people, too. Just as people opened their arms and spread their smiles, trees, too, cast wide shadows and cooling views. Although the climb towards Mt. Tabor was big, the trees and the people along the way made my way all the more enjoyable.

Walking along I had to stop at the Portland Cider Company. After an internal debate as to whether I should or shouldn’t get drunk while on such an important hike, I entered nevertheless. Not only did I get to taste some amazing apple cider for free, but I also learnt about cider preparation and pairing—all from a great host and conversationalist. I’d done something I’d never dreamt of doing—a daring act from the perspective of my social circle—and it was the do-your-thing attitude of Portland that influenced me to shed my inhibitions. On the way to a high point, I’d paused for a short moment of self-high. Bravo to me.

Reaching the end of the street, I was at the Portland reservoir number 6. Before me, behind bars sprawled a mass of water. Standing by one of Portland’s major sources of water, I was transfixed by its size. I walked round the reservoir, and past the tennis courts. There, leading up to reservoir number 5 was a rocky staircase. I took to it, my legs aching from all the walking. Even without realising it, I’d traversed over 20 miles in two days, and the stress was beginning to settle.

But the pull of nature was stronger than the pull of my muscles, and I reached the top just to gloat that I’d made it. As soon as I finished congratulating myself on my feat, I turned around and dropped my jaw. Reservoir 5 was bigger, rounder, and far more beautiful. At that moment, I knew it was all worth it. I no longer felt the pain in my legs, for the ecstasy in my heart was more domineering.

The rain started again, plunking on the surface of the water. I remained, breathing deep. When you’re in the presence of the best of nature, you don’t need to force meditation. As I turned away, my heart felt cheery and my steps light. My adventure in Portland had come to its close and I left wishing for more.

One thought on “Up the mountain”