Pizza—that gourmet Italian food that the world goes crazy for.

That’s so because Pizza Hut and Dominos ruined pizza for me. And I realised this only a couple of weeks ago.

When it comes to food, I like mine with a lot of spice. I cherish the steam that the heat invokes in my tongue. I love it when my taste buds tingle and I have to curl my lips and inhale a whiff of air to cool down the heat. However, nothing of that sort happened when I tried pizza for the first time. Instead, a mass of ooey-gooey cheese burst into my mouth, thrusting through my teeth a mesh of coldness, milk that felt like jelly and tasted a bit sour. It was nothing to die for. And a couple of pieces later, I couldn’t get the rubbery, sticky sensation off my teeth.

Not to mention, the cheese sat on half cooked and flaky bread that tried so hard and failed to taste sour. It didn’t help that the bread was called fiery crust while it felt like a feathered crest.

And that’s why I hated pizza.

And then I went to a place called Cafe Xtasi in Pondicherry. The restaurant came with a high recommendation and a higher Zomato reputation. I didn’t feel too keen since it was famous for its wood-fired pizza and I—among myself—am famous for hating all things pizza. It didn’t mean much to me, because, well, it’s just bread and bland cheese. But I decided to give it a try anyway. At least to make a post on Zomato, my rational voice piped.

The first thing that admired me was the menu, not with variety but with creativity. I scrolled through a list of pasta dishes, when one, in particular, caught my eye: Bad Idea. It was the name of the pasta dish and below it read a small description, “Fresh garlic, garlic sauce, feta in white sauce.” Ha, bad idea indeed.

I wanted to try it. But a friend had already advised me against the pasta and told me to go for the pizzas, instead. They are better, he had said. And since it was my first time there, I took the expert’s advice. 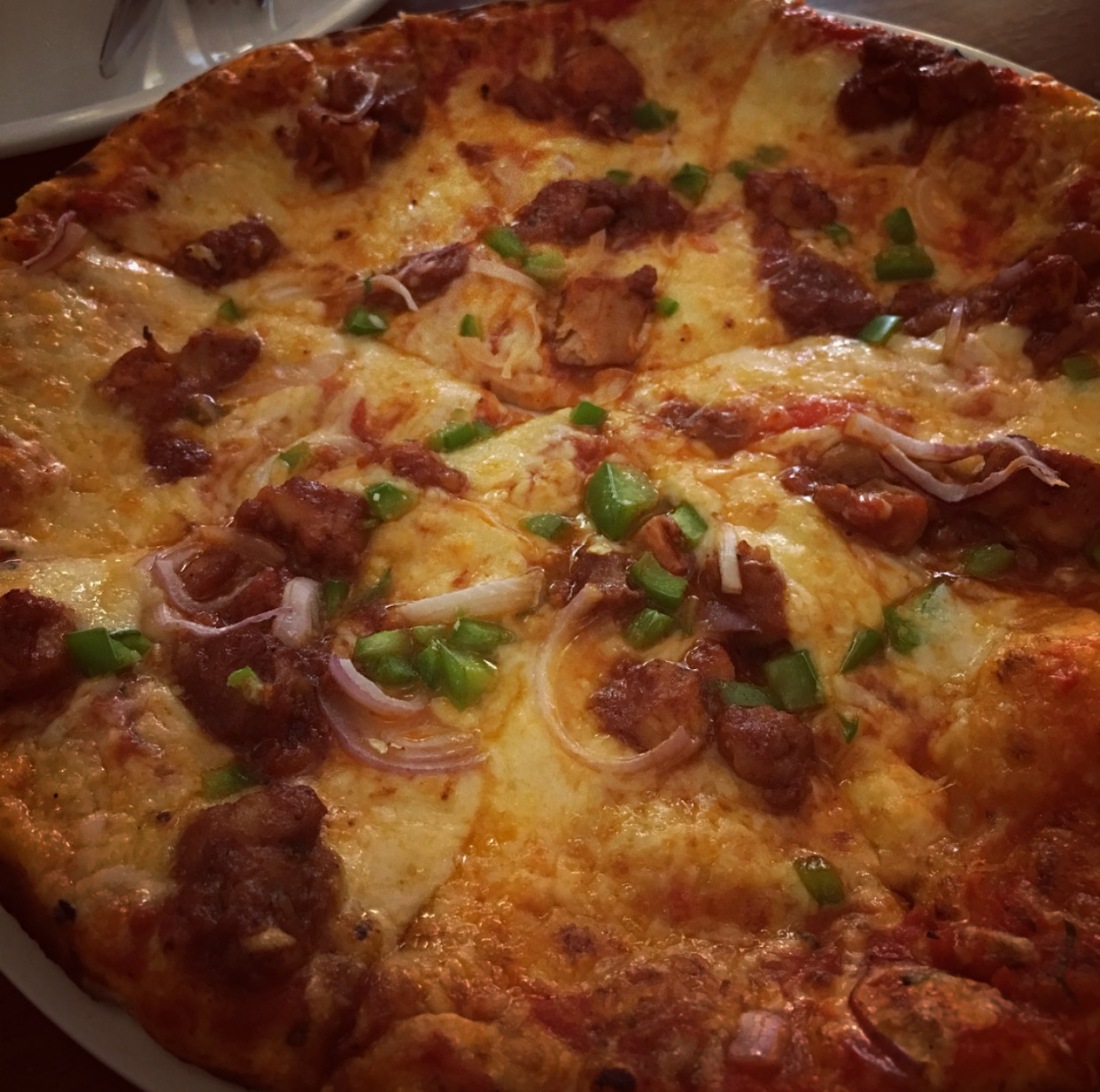 The pizza menu boasted names like Chukini, Lambretta, and Harem. I had my eye on Iron Pie, but when our waiter told me Shekchilli would be spicier, I chose that one. “Chicken, capsicum, onion, garlic, and chilli,” the description read. Yum.

The pizza arrived in about 10 minutes taking me by surprise. All the Dominos outlets I’ve been to take at least 20 minutes. And it was steamy, too. It remained warm for about 5 to 10 minutes in that air-conditioned hall—that’s a big deal. However, something else about the pizza caught my hungry eye more than my timekeeping mind: The crust was crusty. It was less than half of the thickness of every other pizza I’d had before, and what’s more, it even had a mild burnt edge to it.

When I picked up a piece and bit into the crust, I bit into a crust and not just a ball of cooked flour. I felt the crunch in my teeth, while spicy sauce seeped into my tongue through the holes in between my teeth. The chicken was tender, sauce splendour, and the cheese just right. The crunch and munch blended, bombing my mouth with tangy, garlicky, and a bunch of pungent flavours.

And that’s when I fell in love with pizza.